Yesterday was such a grand day.

A group of pals–a Frenchie, Slovakian, Slovenian, Turk, American, Aussie, two Fins and I–danced amongst the magical village of Hallstatt yesterday, taking a break from the slightly toxic air of city life to meander amongst the mountains and lakes of the Austrian Alps.

We could have relied on public transport, but that would have meant an early 2 hour bus to Vienna followed by a 5 hour train ride to the village directly opposite Hallstatt on the lake, followed by a final ferry transport to the village itself. The process in reverse at the end of the day would have concluded the actual Hallstatt pursuing to last roughly 30 minutes. Not to mention the added costs of so many transport changes.


So we threw public transport to the wind and decided to rent two of the cheapest cars we could–which ended up being beautifully spacious–making it to Halstatt in 2 ½ hours on a grand total of 18€ per person.


The drive there was as much fun as being in Halstatt itself. Once you get a half hour out of Graz you are amongst mountains. Rocky mountains, snow-capped mountains, tree-covered mountains. Mountains with little Austrian huts nestled amongst the trees, mountains with cows lazily munching the soft mossy greens. And it was Autumn. Every tree was a phenomenon of fall colors, exploding from the inside out, dazzling in the saturday sun and shining through the morning mist. 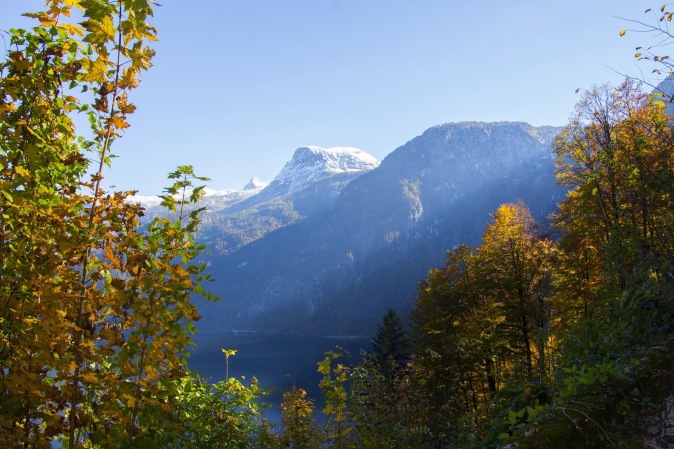 The drive was made all the more enjoyable by the presence of my wonderful buddy Aimee from Australia. She’d seen snow a grand total of 3 times prior to the day, and every snow-capped mountain we passed ignited a rocket of “Oooooooh!”s and “Ahhhh!”s and not-a-few tears of excitement. Such a bout of passion for a beauty that I’ve completely taken for granted made me see with new perspective the bedazzlement of snow.

What a blessing to have friends who have international driving licenses, high-quality cameras and an eye for the beauty of nature. We reached Halstatt around 11 just as the sky was peeling back the morning clouds to let the sun warm Austria. We meandered up and down the main street along the lake, ducking into Lebkucken (gingerbread) stores and snapping glorious pictures of the sun hitting the lake. 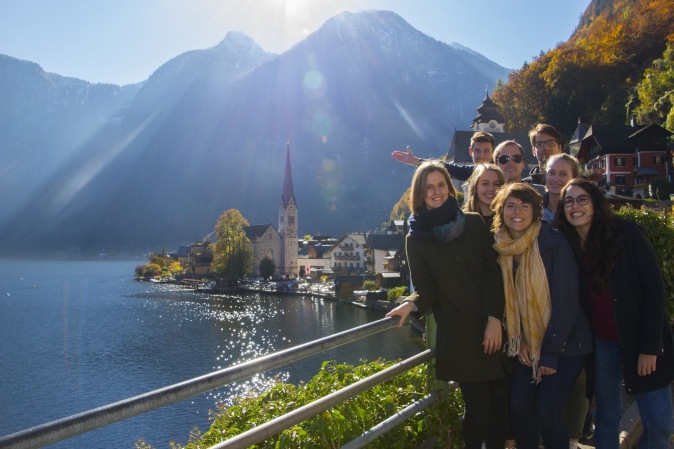 Lunch was spent on cushions at an outdoor cafe and featured dishes of Hungarian goulash, fresh oven baked pizzas and Apfelstrudel. Feeling warmed from the inside and nutritionally refreshed from a full morning of travel, the nine of us hiked up Salzkammergut; a beautiful mountain with a breathtaking viewing platform at the summit.


We took our time at the summit, sipping beers and water (thank you Austria for the practice of putting pubs and restaurants at the top of most mountains) and basking in the fact that we were in such nature. The entire day was made 100% more enjoyable by the past week featuring 5 days in a row of cold, drizzling city rain and Graz tourists with huge cameras oscillating suuuper slow in front of you as you try to walk to Uni.

We had a car which we had to get back to Graz by midnight. That was our only obligation for the entire day; nowhere to be, no pressure to do anything but reap enjoyment out of the countryside, simple like-minded international buddies adventuring together. 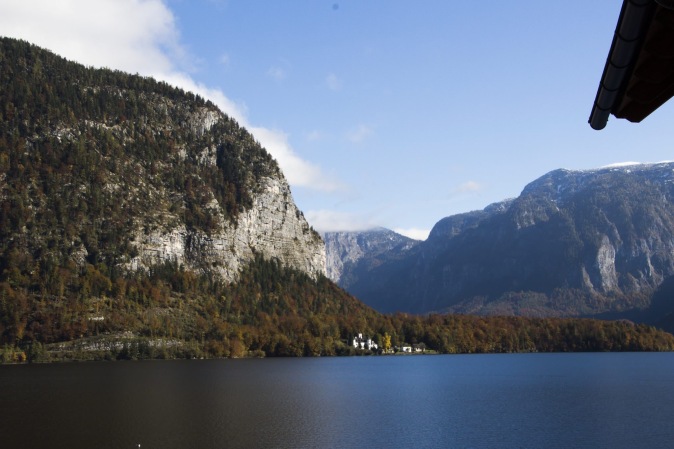 The drive back was perfection. We were in a state of contended bliss, sleepy and comfortable from a full day and refreshed from not having to be students in a rainy city for a day. The four of us in our car cruised into Graz around 7, and after the painstaking debacle of filling up the car with petrol–the full tale of which unfortunately has been sworn to secrecy–Emma, Robert, Aimee and I dropped the car off and headed to the city square for some well-deserved dinner.


It was quite brisk and chilly when we got back to Graz, and not having eaten much since lunch before our mountain jaunt, the four of us were positively ravished by the time our soups, sushi, rice and noodles hit the table at 8:40.


I got back to my flat around 10, jumped in a hot shower and shimmied into my warm pjs. It had been my roommate’s birthday the day previous, and out of the kindness of her soul she had left me a generous slice of hazelnut cake which I warmed in the oven. I whipped up an orange-zest honey syrup which I added to a fresh mug of chamomille tea and snuggled down amongst blankets for a few episodes of Scrubs.


Happiness doesn’t have to stem from feeling put together. From feeling confident. From feeling smart. It exudes from the peace one feels when one is exposed to the beauty of both nature and friendship.

← Lessons from Oranges
An Ode to Running Free →